Morocco is located in western North Africa. The capital city is Rabat. It has maintained landmarks that relate to its colonial days like Kasbah of the Udayas surrounded by formal French-designed gardens overlooking the ocean. One of the tallest objects is the iconic Hassan Tower. The largest city is Casablanca where the famous Hassan II mosque is located. The countries Medinas is where traditional handicrafts like jewellery, leather products and teapots are kept.

It is a mountainous country that lies directly across the Strait of Gibraltar from Spain.

The country became a French protectorate on 30th March 1912 under the treaty of Fes signed by Sultan Abd al-Hafid under duress by Eugene Regnault. This ended in 2nd March 1956 when the two countries formed a joint declaration. Spain remained with two coastal exclaves and in 1957 Sultan Mohammed became the king. The king died in 1961 and was succeed by King Hassan II. King Hassan II was also succeeded by his son Mohammed VI in 1999. 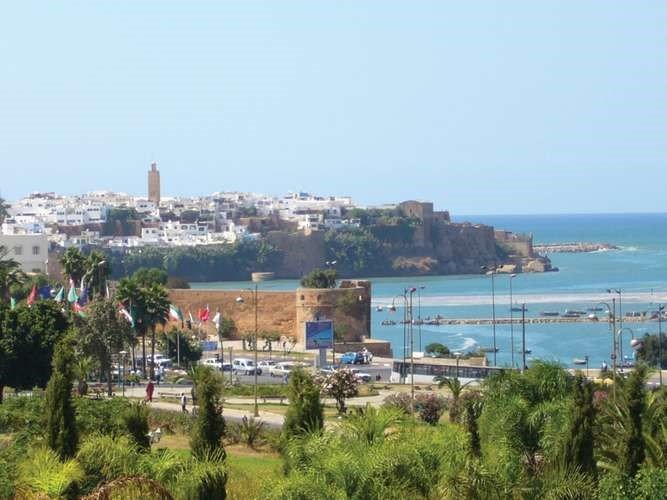 The mouth of the Wadi Bou Regreg and the medina (old city) of Rabat, Morocco

The country is a parliamentary constitutional monarchy with a multi-party system. The Prime Minister is the head of government.

The two official languages are Standard Arabic and Tamazight. 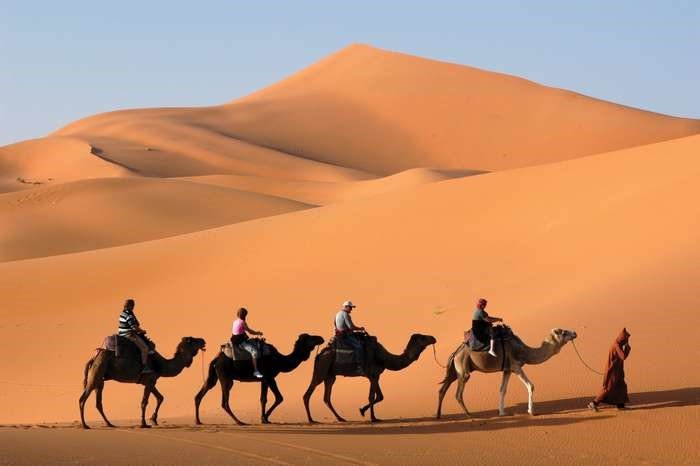 Camel caravan in the Sahara desert.

The climate at the region is moderate and subtropical; it is cooled by breezes from the Sea and Ocean. The interiors experience extreme winters and summers. It has four seasons; spring and autumn are optimal weathers for visiting. The major crops planted are cereals and fruits like olives, citrus and grapes. Fishing is also popular.

Morocco is bordered by Algeria to the east and southeast, Western Sahara to the south, the Mediterranean Sea to the north and the Atlantic Ocean to the west.

Ride A Camel Into The Desert