Greece is the southernmost of the countries of the Balkan Peninsula. It has more than 2,000 islands, of which about 170 are inhabited; some of the easternmost Aegean islands lie just a few miles off the Turkish coast. It lies at the juncture of Europe, Asia, and Africa and is heir to the heritages of Classical Greece, the Byzantine Empire, and nearly four centuries of Ottoman Turkish rule.

The country’s capital is Athens, which expanded rapidly in the second half of the 20th century. 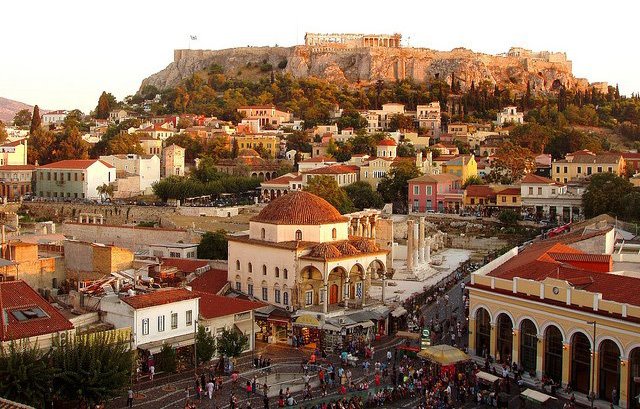 The country’s barren landscape historically caused the people to migrate, the Greeks, like the Jews and the Armenians, traditionally have been a people of diaspora, and several million people of Greek descent live in various parts of the world.

The Greek landscape is conspicuous not only for its rugged beauty but also for its complexity and variety. Three elements dominate: the sea, the mountains, and the lowland. The Greek mainland is sharply indented; arms and inlets of the sea penetrate so deeply that only a small, wedge-shaped portion of the interior is more than 50 miles (80 km) from the coast.

The rocky headlands and peninsulas extend outward to the sea where there are many island arcs and archipelagoes. The southernmost part of mainland Greece, the Pelopónnisos peninsula, connects to the mainland only by the narrow isthmus at the head of the Gulf of Korinthiakós.

Greece’s mountainous terrain covers some four-fifths of the country, much of which is deeply dissected.

Only to the northeast does it have land borders with, from west to east, Albania, Macedonia, Bulgaria, and Turkey.