Austria is a largely mountainous landlocked country of south-central Europe. Together with Switzerland, it forms what has been characterised as the neutral core of Europe, notwithstanding Austria’s full membership since 1995 in the European Union (EU).

The capital of Austria is historic Vienna (Wien), the former seat of the Holy Roman Empire and a city renowned for its architecture. 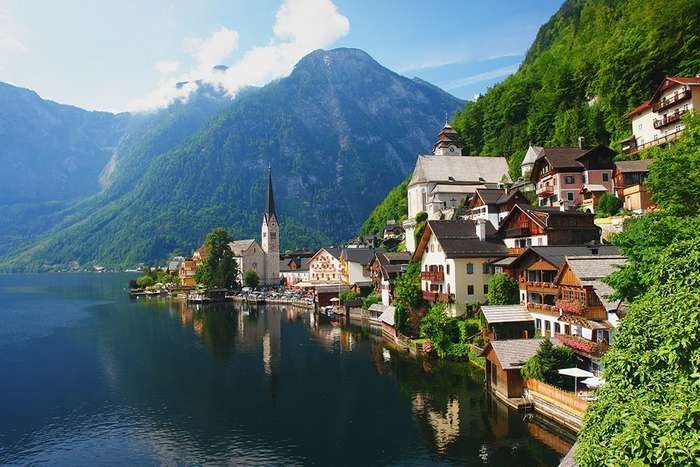 Hallstatt village in the northern Alps

A great part of Austria’s prominence can be attributed to its geographic position. It is at the centre of European traffic between east and west along the great Danubian trade route and between north and south through the magnificent Alpine passes, thus embedding the country within a variety of political and economic systems.

In the decades following the collapse in 1918 of Austria-Hungary, the multinational empire of which it had been the heart, this small country experienced more than a quarter century of social and economic turbulence and a Nazi dictatorship. Yet the establishment of permanent neutrality in 1955, associated with the withdrawal of the Allied troops that had occupied the country since the end of World War II, enabled the country to develop into a stable and socially progressive nation with a flourishing cultural life reminiscent of its earlier days of international musical glory. Its social and economic institutions too have been characterised by new forms and a spirit of cooperation, and, although political and social problems remain, they have not erupted with the intensity evidenced in other countries of the Continent.