Ethiopia is a landlocked country at the Horn of Africa. It is the oldest independent country in Africa and its population is the second largest.

The country has never been colonized; it just had the Mussolini’s Italy occupation for five years. During the 4th century, Christianity was the state religion. Emperor Tewodros was in power from 1855-1868 and placed the foundation of the modern Ethiopian state. In 1896, Italians who wanted to conquer the country were defeated at Adwa. Between in 1835-1941, the Italians had tried to take control of the country and they even succeeded in overthrowing Emperor Haile Selassie. However, later on, the British, Commonwealth and Ethiopian forces ousted the Italians and Haile Selassie got back to power. Ethiopia later took over Eritrea in 1962 and made it one of its province 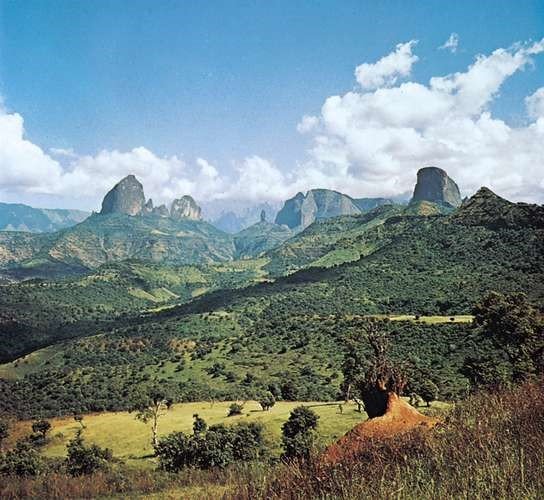 In 1974, Haile Selassie was deposed in a military coup when the government failed to sort out famine in the land.

Between 1977 and 1979, thousands of people were killed in ‘Red Terror’ organized by Marxist dictator Mengistu Haile Mariam, who took over power after Haile Selassie.

There was another major famine from 1984-1985 that ruined the country.

Mengistu was overthrown in 1991 by Ethiopian People’s Revolutionary Democratic Front coalition and Meles Zenawi rose to power and managed to build stable economic progress during his rule of 19 years. In 1993, after a gruesome war with Eritrea, Ethiopia agreed to give Eritrea independence. However, in 1999 war erupted again between the two countries about where their boundaries lied. The war was ended by Prime Minister Abiy Ahmed when he launched a reform program in Ethiopia in 2018. 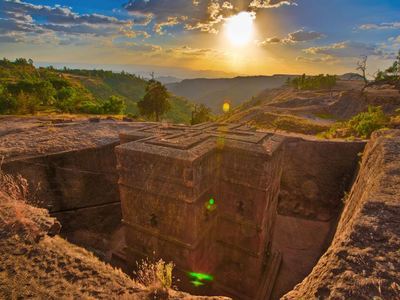 Ethiopia is among the few countries in Africa that have a female president Sahle-Work Zewde was elected unanimously by members of the Federal Parliamentary Assembly as the first woman president in 25th October 2018.

The official language is Amharic.

The predominant religion is Christianity, the majority being of Ethiopian Orthodox Tewahedo Church.

Ethiopia is bordered to the north by Eritrea, to the northeast by Djibouti, to the east by Somalia, to the south by Kenya and the west by South Sudan and Sudan.