Belgium, country of north western Europe. It is one of the smallest and most densely populated European countries, and it has been, since its independence in 1830, a representative democracy headed by a hereditary constitutional monarch. Initially, Belgium had a unitary form of government. In the 1980s and ’90s, however, steps were taken to turn Belgium into a federal state with powers shared among the regions of Flanders, Wallonia, and the Brussels-Capital Region. 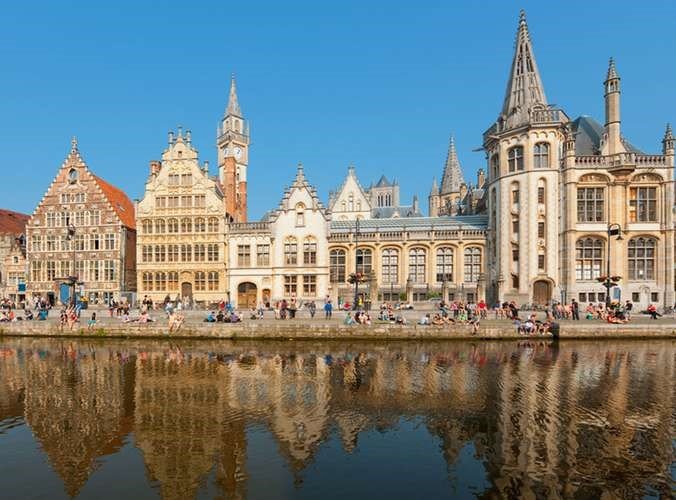 Guild houses along the Lys River in Ghent

Culturally, it is a heterogeneous country straddling the border between the Romance and Germanic language families of western Europe. With the exception of a small German-speaking population in the eastern part of the country, Belgium is divided between a French-speaking people, collectively called Walloons (approximately one-third of the total population), who are concentrated in the five southern provinces (Hainaut, Namur, Liège, Walloon Brabant, and Luxembourg), and Flemings, a Flemish- (Dutch-) speaking people (more than one-half of the total population), who are concentrated in the five northern and northeastern provinces (West Flanders, East Flanders, Flemish Brabant, Antwerp, and Limburg). Just north of the boundary between Walloon Brabant (Brabant Walloon) and Flemish Brabant lies the officially bilingual but majority French-speaking Brussels-Capital Region, with approximately one-tenth of the total population.

Belgium and the political entities that preceded it have been rich with historical and cultural associations, from the Gothic grandeur of its medieval university and commercial cities and its small, castle-dominated towns on steep-bluffed winding rivers, through its broad traditions in painting and music that marked one of the high points of the northern Renaissance in the 16th century, to its contributions to the arts of the 20th century and its maintenance of the folk cultures of past eras.

The Belgian landscape has been a major European battleground for centuries, notably in modern times during the Battle of Waterloo (1815) and the 20th century’s two world wars. Given its area and population, Belgium today is one of the most heavily industrialised and urbanised countries in Europe. It is a member of the Benelux Economic Union (with the Netherlands and Luxembourg), the European Union (EU), and the North Atlantic Treaty Organization (NATO)—organisations that all have headquarters in or near the capital city of Brussels.

The country has a total of 860 miles (1,385 km) of land boundaries with neighbours; it is bounded by the Netherlands to the north, Germany to the east, Luxembourg to the southeast, and France to the south. Belgium also has some 40 miles (60 km) of shoreline on the North Sea.