Namibia is a South African country. Its capital which is also the largest city is Windhoek, which is located at the country’s Khomas Highland plateau and is home to the 1890s Alte Feste that was a military headquarters. The capital is also home to The Independence Memorial Museum.

Namibia’s current boundaries were established by treaties between German, Portugal and Britain between 1886 and 1890. Germany conquered the region as South West Africa (SWA). During the First World War, South Africa took over the region. It was granted the official authority in 1920 by the League of Nations to administer SWA. The General Assembly in 1946 advocated for South Africa to set SWA under UN trusteeship but it refused. The UN, therefore, commanded South Africa to end their authority over SWA and targeted it to gain Independence. Namibia received independence in 1990 with Sam Najoma as the president. 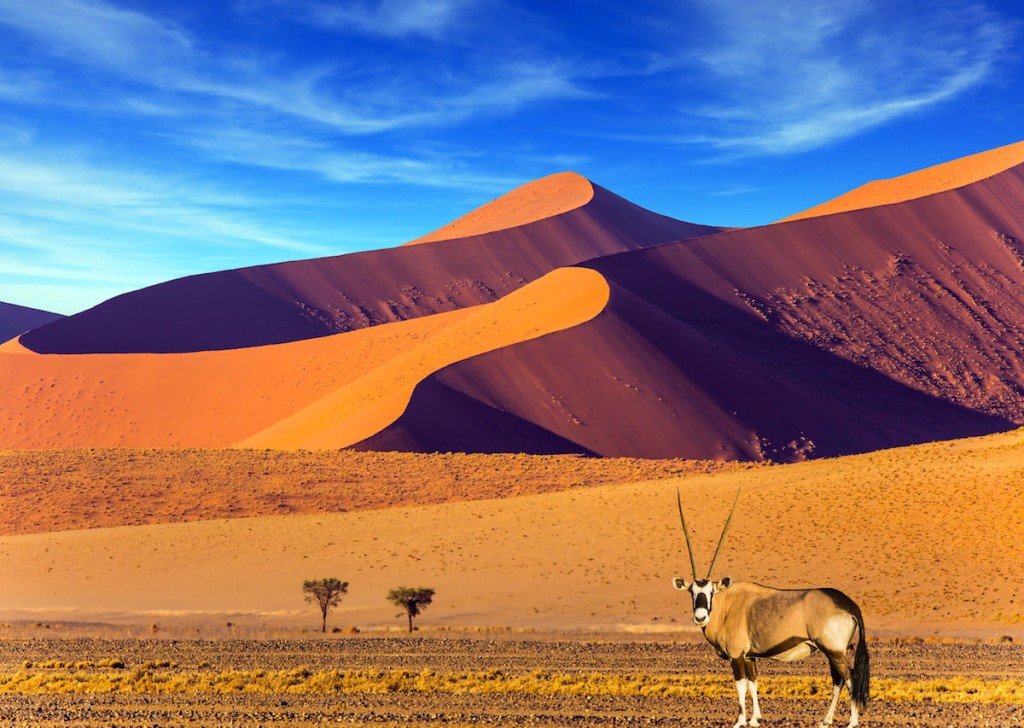 The country’s major sports are football, rugby, cricket and golf.

The country has a subtropical desert climate. The best time to visit Namibia is from July to October when there is a low chance of raining and temperatures are above 200C. The main crops planted are millet, sorghum, maize, wheat, beans and alfalfa. Herding is also practised for provision of livestock and meat products.

Meat and pap is the national dish.

The economy also depends on the mining industry and the mineral resources include diamond, silver, copper, zinc, lead and uranium.

It is bordered by the Atlantic Ocean to the west, Zambia and Angola to the north, Botswana to the east and South Africa to the south and east. Zambezi River separates it with Zimbabwe.