Botswana is a landlocked country whose territory is triangular with 600 miles northward and eastward and protruding sharply to the east. The borders to the east and south are marked by a river and an aged wagon road.

The capital city is Gaborone. The country had a population of 2.303 million in 2019. 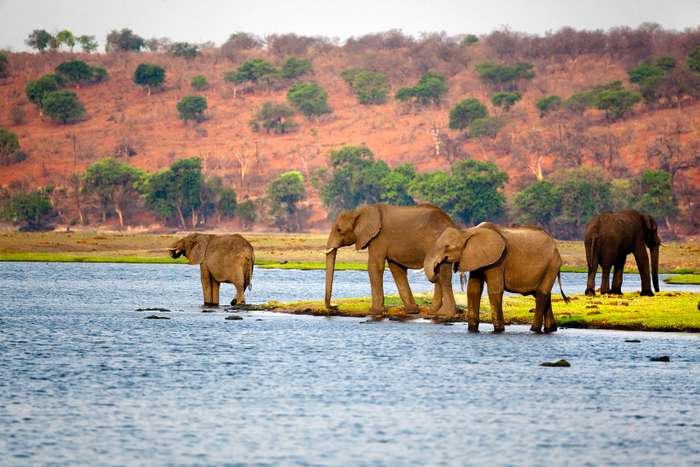 The country has diverse wildlife with numerous species of mammals, birds, amphibians, reptiles and fish which are mostly found in the Chobe National Park (Above), another area with an abundance of wildlife is the Okavango Delta, a vast inland river delta.

Botswana is the longest consistent Multi-Party Democracy country in Africa. It is a member of the United Nations, African Union, Southern African Development Community and Commonwealth.

Before attaining its independence in 1966, it was a British protectorate called Bechuanaland. The British expelled Seretse Khama the chief of Ngwato in 1950 and made it its protectorate.

In 1960, Bechuanaland got a new constitution approved by the British, and Seretse Karma was appointed as Executive Council and founded Bechuanaland Democratic Party {BDP} which was later called the Botswana Democratic Republic. In 1965, Karma became the country’s first prime minister.

In 1966, Bechuanaland received independence and was named the Republic of Botswana with Seretse Khama as the first country’s president.

The climate is semi-arid since 70% of its land is covered by the Kalahari Desert.

In 2014, the Gay group won legal recognition, becoming one of the few countries in Africa that accepts gays.

It has been previously recorded as the country with the highest HIV prevalence in the world but it has managed to reduce the spread through the antiretroviral treatment.

The official language is English; it has eight major tribes, Barolong, Bakwena, Batang, Bakgatla, and others.

Botswana borders South Africa to the south, Namibia to the West and Zimbabwe to the East.