Bulgaria is a country occupying the eastern portion of the Balkan Peninsula in southeastern Europe. Founded in the 7th century, it is one of the oldest states on the European continent. It is intersected by historically important routes from northern and eastern Europe to the Mediterranean basin and from western and central Europe to the Middle East. Before the creation of the Bulgarian state, the empires of ancient Rome, Greece, and Byzantium were strong presences, and people and goods travelled the land with frequency. 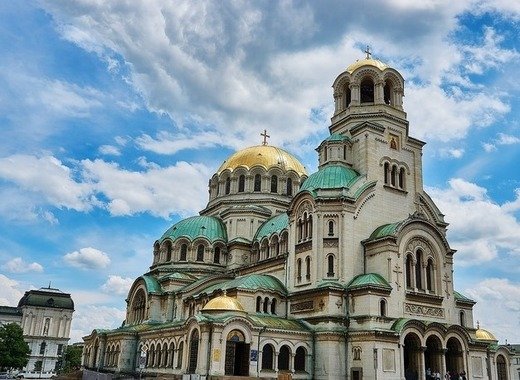 Emerging from centuries of Ottoman rule, the country gained its independence in the late 19th century, joined the losing side of several conflagrations in the first half of the 20th century, and, despite gravitating toward the Axis powers in World War II, found itself within close orbit of the Soviet Union by mid-century. This alliance had profound effects on the Bulgarian state and psyche, altering everything from land use and labour practices to religion and the arts. As communist governments fell in eastern Europe in the late 1980s and early 1990s, Bulgaria was suddenly released from the magnetic field of the Soviet giant and drifted into the uneasy terrain of post communism. Today its gaze is firmly fixed on the West; becoming a member of the North Atlantic Treaty Organisation (NATO) in 2004 and of the European Union (EU) in 2007.

The country is remarkable for its variety of scenery; its rugged mountains and relaxing Black Sea resorts attract many visitors. Like other nations of the Balkan Peninsula, Bulgaria claims a mix of Eastern and Western cultures, and the mingling is evident in its cuisine, its architecture, and its religious heritage.

Though located in the West, the capital, Sofia, is neatly positioned near the geographic centre of the Balkan region, and in nearly every other respect it occupies the central position within Bulgaria. With more than one million inhabitants, Sofia has three times as many people as the next largest cities, Plovdiv and Varna.

Nearly rectangular in outline, Bulgaria is bounded by Romania to the north, with most of the border marked by the lower Danube River. The Black Sea lies to the east, Turkey and Greece to the south, North Macedonia to the southwest, and Serbia to the west.