Senegal is located at the westernmost position of Africa. It is referred to as the “Gateway of Africa” because it is served by several air and marine travel paths.

The capital city is Dakar at the port of Cape Verde Peninsula. Its Medina has the Great Mosque of Touba identified by the towering minaret and the Musee Theodore Monod exhibits the cultural artefacts like clothing, drums and carvings. The city is also famous for its rich musical culture, nightlife and traditional wrestling.

The country was initially administered by France in 1677, but the British took over from 1756 to 1763, during which they formed the colony of Senegambia. In 1775 French gained back control over the country after fighting the British. 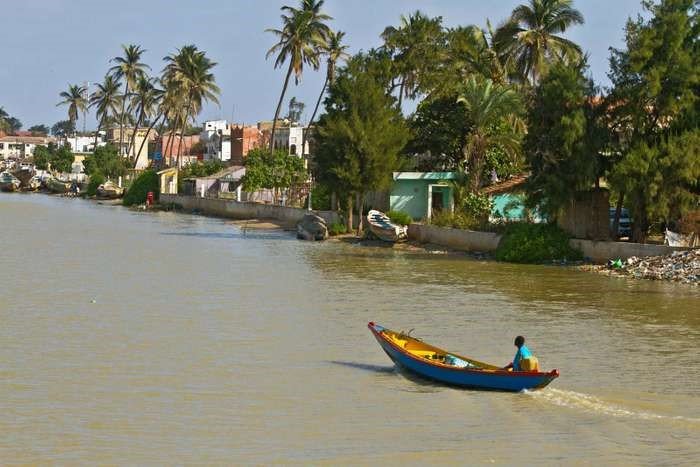 A boat on the Sénégal River, Saint-Louis

The country gained independence in 1960.

The official language is French. The indigenous Wolof is also widely spoken.

The Senegalese education system consists of compulsory one year of pre-primary and six years of elementary school, and four years of lower secondary. The predominant religion is Islam.

The most popular game in the country is football. Its national football team is one of the best in Africa and it produced the famous Sadio Mane.

The country has a tropical climate; the rainy season is from May to November influenced by the strong southeastern wind while the dry season is from December to April influenced by hot and dry harmattan wind. The crops grown for export are cotton and peanuts while for subsistence consumption are millet, rice, corn, sugarcane and livestock keeping. 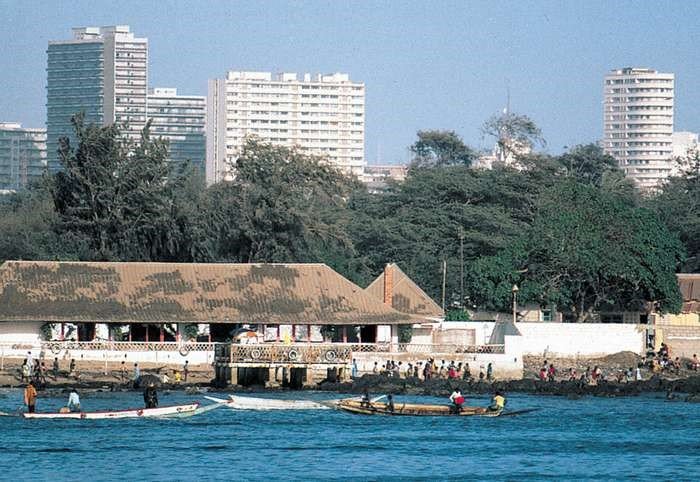 Section of the waterfront of Dakar

It is bordered on the north and northeast by Senegal River that separates it from Mauritania, on the east by Mali, on the south by Guinea and Guinea Bissau and the west by the Atlantic Ocean. 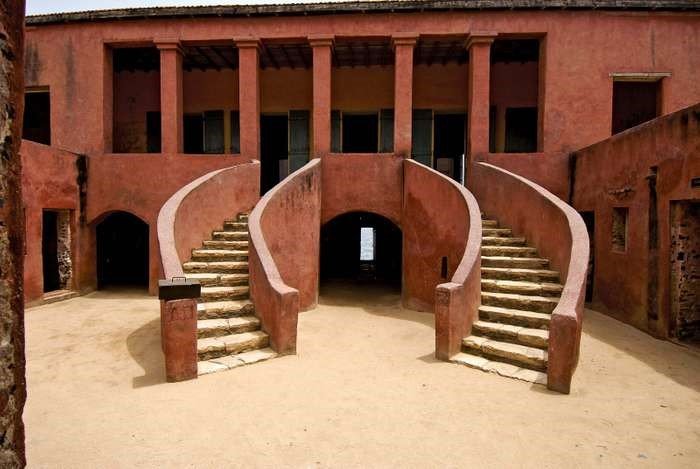 The Gambia has a thin shred of the region that stretches from the coast eastward into Senegal down along Gambia River excluding the Casamance region.