The Republic of Slovenia is a country situated in Central Europe at the juncture of main European cultural and trade routes.

Its capital and largest and city is Ljubljana.

Other major cities are Maribor, Koper, Bled and Piran. 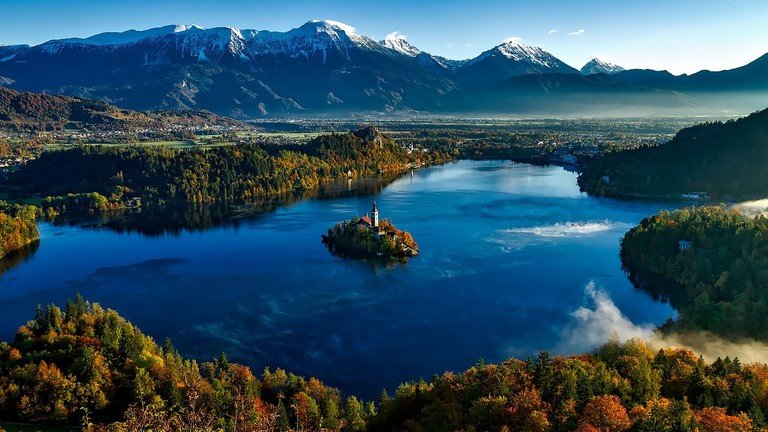 Slovenia joined the Kingdom of Serbs, Croats and Slovenes after the dissolution of Austro-Hungarian Empire in 1918.

The country was occupied by Nazi Germany in 1941 and Italy during the Second World War. When the war ended, Slovenia became a constituent republic of Yugoslavia in 1945.

Slovenia and Croatia declared their independence in 1991. It later joined the European Union in 2004.

The culture of the country is largely influenced by the Mediterranean, German and Slavic cultures for its located at their juncture.

The crops grown in the country are pears, cereals, hops, vegetables and potatoes.

There is the National Museum of Slovenia in Ljubljana that displays the country’s cultural heritage.

There is also the Museum of Modern Art that preserves the 20th-century Slovene paintings and sculptures.

People also like going to Ljubljana for hiking and rafting on its white waters.

It is home to Vogel Bohinj, which is one of the cheapest ski resorts in Europe.

The national language is Slovenian.

The official religion is Christianity.

It is bordered by Austria to the north and Hungary to the far northeast. From east to south it shares a 416-mile- (670-km-) long border with Croatia.