Romania is in south eastern Europe and the capital is Bucharest. Although buildings and districts in the historic city centre were heavily damaged or destroyed by war, earthquakes, and even Nicolae Ceaușescu’s program of systematisation, many survived and have been renovated. 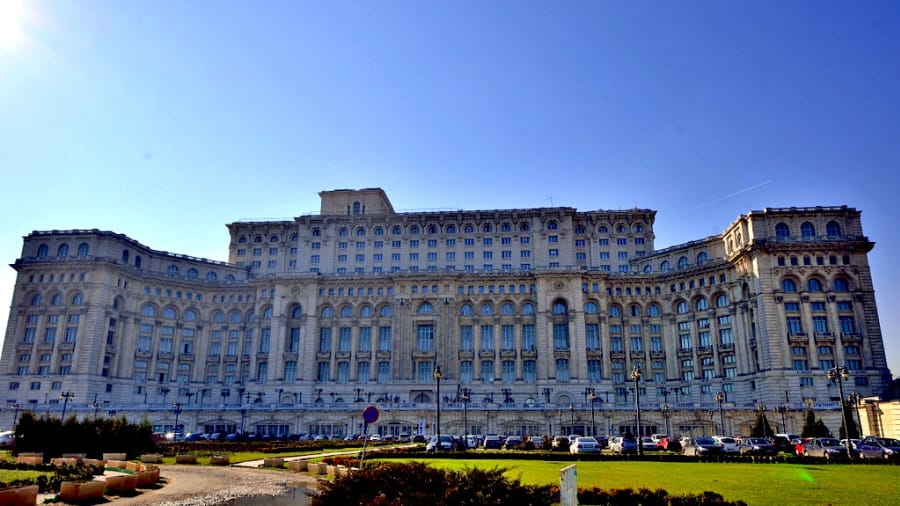 Bucharest’s Parliamentary Palace, said to be the world’s third biggest building by volume was commissioned by former Romanian dictator Nicolae Ceausescu. (Above)

On December 25, 1989, the carefully constructed edifice of communism in Eastern Europe, already crumbling in a wave of popular upheavals, was a dealt a final, fatal blow with the execution of Romanian dictator Nicolai Ceausescu.

The downfall of Ceausescu, who ran his country for the benefit of himself and his family like a feudal master, sent shockwaves around the world.

Free elections were held in 1990. In 2004 the country joined the North Atlantic Treaty Organisation (NATO), and in 2007 it became a member of the European Union (EU).

The country is still trying to cope with a legacy that defiled the face of Bucharest, bankrupted the state and traumatised generations of Romanians.

In recent years though, Bucharest has been experiencing an economic and cultural boom. It is one of the fastest-growing high-tech cities in Europe, according to Financial Times and other sources. Since 2019, Bucharest hosts the largest high tech summit in Southeast Europe – Romanian Blockchain Summit.