Panama is a country in Central America located on the Isthmus of Panama, the narrow bridge of land that connects North America and South America. Embracing the isthmus and more than 1,600 islands off its Atlantic and Pacific coasts, the tropical nation is renowned as the site of the Panama Canal, which cuts through its midsection. 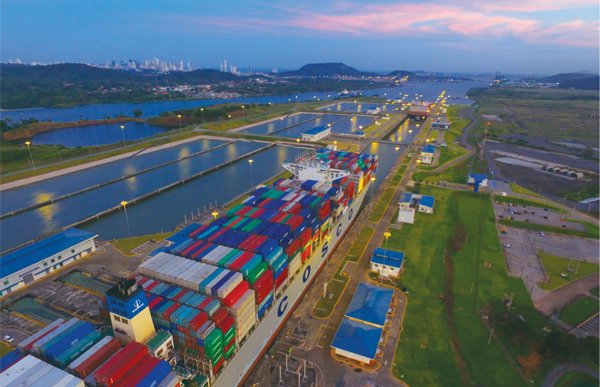 Since 1914 the 51-mile- (82-km-) long canal, above,  which connects the Atlantic and Pacific Oceans, has afforded a long-sought shortcut for shipping and assures the country’s standing as one of the most strategic transportation hubs of the world.

The canal also secures Panama’s ongoing role in international affairs and world commerce. The United States relinquished jurisdiction of the Panama Canal on December 31, 1999, marking an unprecedented shift in Panamanian society. For the first time in nearly a century as an independent nation, it controlled the entirety of its national territory.

It is equally well known for its natural beauty, for its diverse plant and animal life, including hundreds of bird and tree species, and for its vibrant music and culture.

The home of several Native American peoples, such as the Guaymí, Kuna, and Chocó, it became the first Spanish colony on the Pacific. Celebrated as “the door to the seas and key to the universe,” it served in the 1530s as the staging point for the Spanish conquest of the Inca empire, and until the 19th century it was a trans shipment point for gold and silver destined for Spain.

Panama enjoys a lively mix of cultural influences, expressed in the country’s cuisine, artwork, music, and literature. Its capital, Panama City, is located on the Pacific coast just east of the canal.

A cosmopolitan city where skyscrapers tower above whitewashed bungalows, it enjoys a handsome setting and a growing importance as a commercial and financial services centre for the region.