The United Arab Emirates is located at Western Asia northeast of the Arabian Peninsula. It recorded a population of 9.631 million in 2018 and covers an area of 82,880 km2.

The capital and largest city is Abu Dhabi. It is the second most populated city in the country and it mainly majors on oil export and commerce. It has modern tall towers and large shopping centres like the Abu Dhabi and Marina malls. Abu Dhabi is one of the richest cities in the world.

Dubai is the most populous city in the UAE. It has the most modern skyscrapers and futuristic architecture. It has a vigorous nightlife and is home to the tallest building in the world. 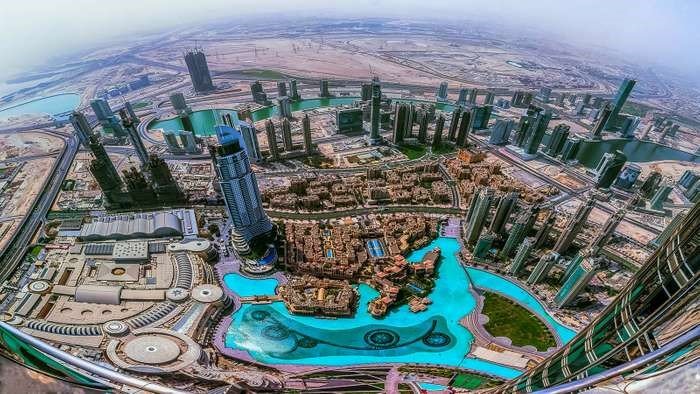 Dubai, as seen from the top of Burj Khalifa.

Emirati culture is based on Islamic culture.

The crops grown in the country include cauliflower, tomatoes, cabbage and squash.

Awaji festival is conducted in spring to celebrate the country’s culture and heritage.

Dubai Shopping Festival is a month-long event where tourists are invited.

Some of the most ultramodern buildings in the world are in Dubai city. Burj Khalifa in Dubai is the tallest building in the world. It is full of some of the world’s largest malls and beautiful buildings like Dubai mall and Palm Jumeirah.

Dubai Aquarium and Underwater Zoo is a popular tourist attraction.

Ski Dubai is a park in Mall of the Emirates where indoor skiing activities are held. 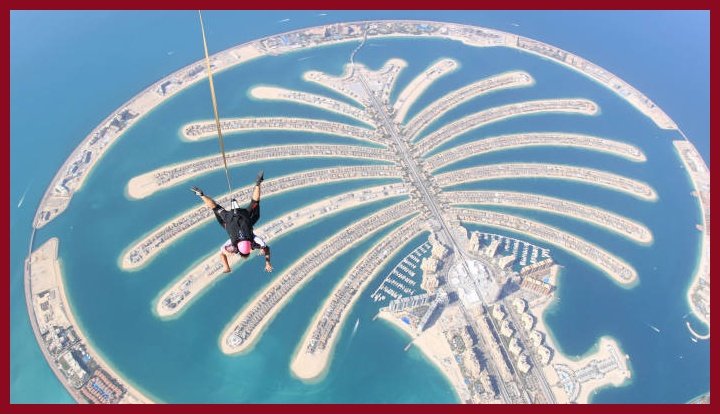 A Skydiver over the Palms, Dubai

The largest and tallest building in the world is Burk Khalifa in Dubai.

The most popular language in UAE is Arabic; English is also common.

The country’s official religion is Islam.

The United Arab Emirates is bordered on the east by Oman and on the south and west by Saudi Arabia. It shares maritime borders on the west with Qatar and the north with Iran.

Zip Down The World’s Longest Zipline

Visit The Top Of The Burj Khalifa