Finland is a country located in northern Europe and is one of the world’s most northern and geographically remote countries and is subject to a severe climate. Nearly two-thirds being blanketed by thick woodlands, making it the most densely forested country in Europe.

A part of Sweden from the 12th century until 1809, it then became a Russian grand duchy until, following the Russian Revolution, the Finns declared independence on December 6, 1917. The countries land area decreased by about one-tenth during the 1940s, when it ceded the Petsamo and Karelia to the Soviet Union (now Russia). 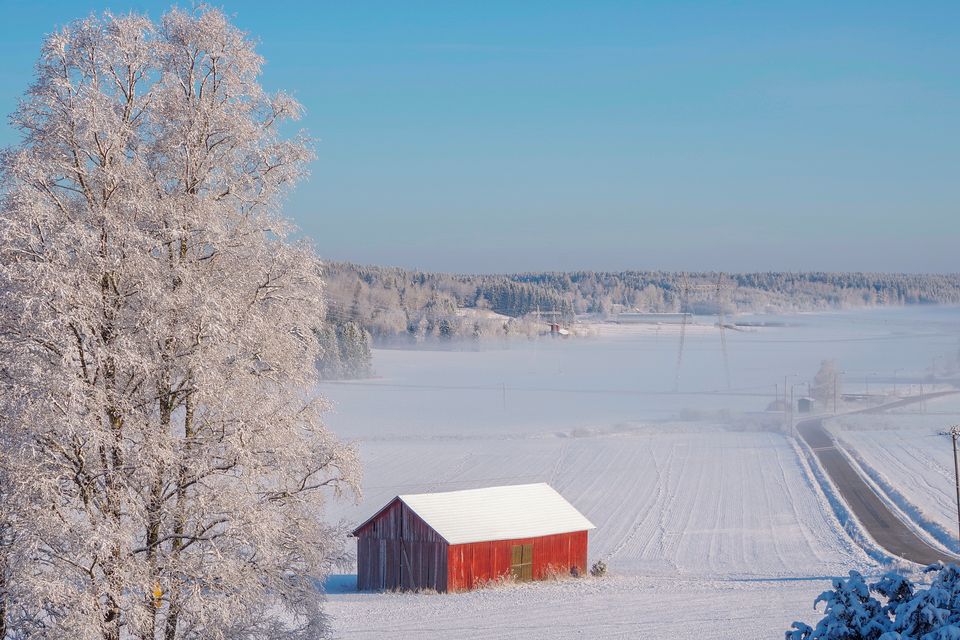 A house in the snow, during the harsh winter.

Throughout the Cold War era, Finland skill fully maintained a neutral political position, although a 1948 treaty with the Soviet Union (terminated 1991) required it to repel any attack on the Soviet Union carried out through Finnish territory by Germany or any of its allies. Since World War II, it has steadily increased its trading and cultural relations with other countries. Under a U.S.-Soviet agreement, it was admitted to the United Nations in 1955.

Finland has continued to have especially close ties with the other Scandinavian countries, sharing a free labour market and participating in various economic, cultural, and scientific projects and became a full member of the European Union in 1995.

The notion of nature as the true home of the Finn is expressed again and again in Finnish proverbs and folk wisdom. The harsh climate in the northern part of the country, however, has resulted in the concentration of the population in the southern third of the country, with about one-fifth of the country’s population living in and around Helsinki, the largest city and continental Europe’s northernmost capital. Yet, despite the fact that most Finns live in towns and cities, nature—especially the forest—is never far from their minds and hearts.