Mexico, country of southern North America. Mexico City, the capital, is one of the most populous cities and metropolitan areas in the world.

It shares a common border throughout its northern extent with the United States, and also to the southeast by Guatemala and Belize. 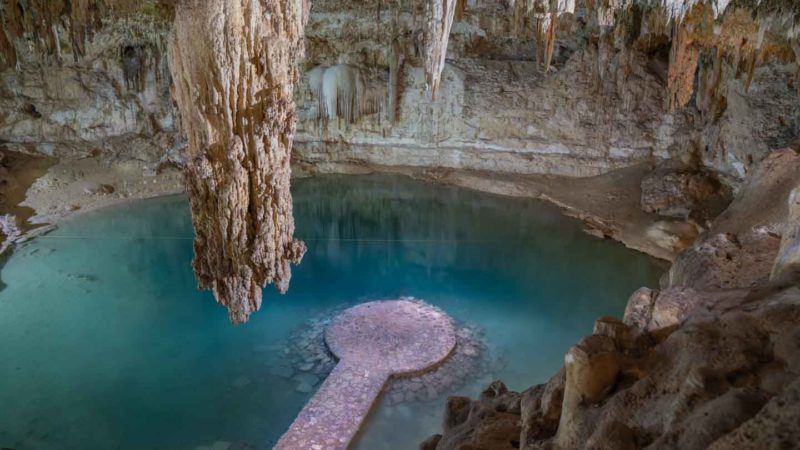 Mexico’s urban growing pains are in sharp counterpoint to the traditional lifestyles that prevail in more isolated rural areas. In states such as Oaxaca or Chiapas, small communal villages remain where indigenous peasants live much as their ancestors did.

The cultural remnants of great pre-Columbian civilisations, such as Teotihuacán or the Mayan pyramids at Chichén Itzá and Tulum, provide a contrast to colonial towns such as Taxco or Querétaro.

In turn, these towns appear as historical relics when compared with the modern metropolis of the big City. Yet even the bustling capital city, which has been continually built and rebuilt on the rubble of past civilisations, reveals Mexico’s wide range of social, economic, and cultural struggles.

It is this tremendous cultural and economic diversity, distributed over an enormously complex and varied physical environment, that gives the country its unique character.

Mexican society is characterised by extremes of wealth and poverty, with a limited middle class wedged between an elite cadre of landowners and investors on the one hand and masses of rural and urban poor on the other.

In spite of the challenges it faces as a developing country, Mexico is one of the chief economic and political forces in Latin America. It has a dynamic industrial base, vast mineral resources, a wide-ranging service sector, and the world’s largest population of Spanish speakers—about two and a half times that of Spain or Colombia.

Migrants from impoverished rural areas have poured into Mexico’s cities, and nearly four-fifths of Mexicans now live in urban areas.