My name is Dan, I’m a thirty something ambitious, adventurous, adrenaline fueled, explorer who loves a challenge from Cambridge, UK. I have a thing for travel and bucket lists and have permanent itchy feet. I like to see new things, meet new people, and see what the world has to offer.

Life is too short to spend it all in the same place doing the same things over and over again. For me its all about new experiences.

“You only live once, but if you do it right, once is enough.”

I have never really been the kind of person who settles in one place and calls it ‘home’, I moved around a lot as a kid, many houses, many schools, and it followed me through life into adulthood and it just kind of stuck.

I never had the opportunity to travel when I was young, I grew up in a household where holidays were not really a thing. I did get to visit India twice in my youth, as I have  family ties. I was about 6 and 10 on these occasions, I think aged 6 I witnessed the Diwali festivities, and when 10, was taken on trip around India to Delhi, Agra, Calcutta (now Kolkata), Bombay (now Mumbai) and Goa. There may even be a photo of me at the Taj Mahal about somewhere, and I will be sure to share it with you if it ever surfaces. 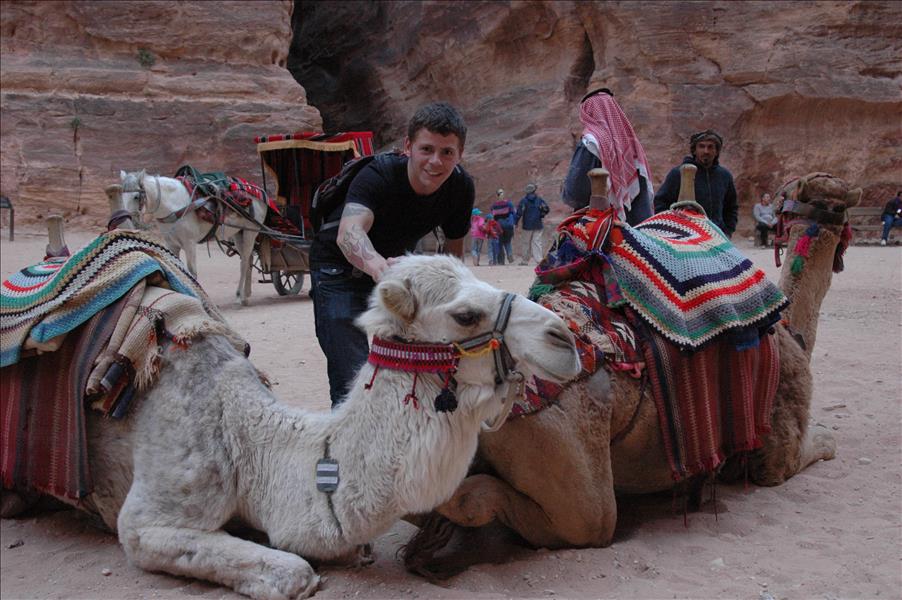 Rolling into my teens I had a paper round from the age of 13, started working in a supermarket at 16, thats around the same time as I moved out of home (not by choice I should add!) and started doing making my own path, making mistakes, learning, making more mistakes and making it up as I go, it’s been a tough ride at times but I wouldn’t change a thing, I look back on life and I’m proud of where I am now and things I have achieved.

In my early 20s I landed an opportunity that saw me working in Germany for around 18 months. Looking back I think this was the start of my wonderlust. An opportunity then arose to travel further afield, it was a bit of a leap into the unknown as it was a contracting role, which came with many risks, gone were the pension, the company car, phone, laptop, holiday pay, sick pay and all that good stuff, instead you get a bit more cash and have to do all those things yourself.

Many years ago I remember reading Richard Branson’s Autobiography and being incredibly inspired by it, I haven’t achieved what he has – but I am very happy with the track in life it put me on. I cant recommend it enough.

“A passionate belief in your business and personal objectives can make all the difference between success and failure. If you aren’t proud of what you’re doing why should anybody else be?” 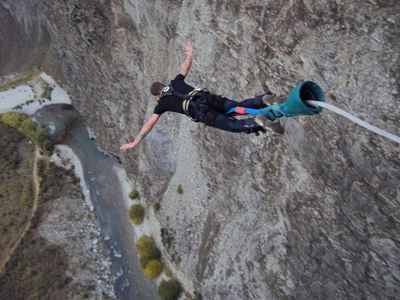 There was a bit of a learning curve but its turned out to be one of the best moves I ever made. The world of contracting means you can get roles that last anywhere from a week to a year or more, but there is much more risk as you can also be fired if you don’t live up to expectations, or simply are no longer required.

This role saw me spending much more time on aeroplanes – it was a dream job for a 25 year old with no ties, and really ignited my wanderlust and desire to explore. Yes, there is a lot of work involved (it was an IT Refresh which involved some long hours, tedious work, and a need to get the job done), but being a global organisation the possibilities to see the world were a key incentive.

Two years of bouncing around the world, with friends generally asking where in the world are you today was a great thing, trips lasted anywhere from 2-6 weeks, and there was usually a bit of time to see some sights, mix with the locals, and check out the places they go. I will write more about some of those trips in the future, but for now, it’s what got me into travelling in a big way.

It was around this time that I first saw the film – The Bucket List with Morgan Freeman and Jack Nicholson. I loved it, and thought, I’ve done a lot of cool things, there is a bunch more cool stuff I want to do, you never know when your time may be up. I was inspired!

I created my own bucket list, coming back to my bad memory I knew it had to be written down as I kept hearing about cool things and forgetting them moments later, so I started with a scrap of paper and then as I added to it, a spreadsheet was born – I am an IT guy after all.

I found new things that I wished I had done on my previous travels, I found all sorts of new places to visit, experiences to have, and it grew and grew. Now there are over 200 things on the list, and I thought why not share it with the world. I am a massive advocate of having a written bucket list so if I can inspire just one person to create one and achieve what is personal to them, then I am happy with that.

You can check it out here. 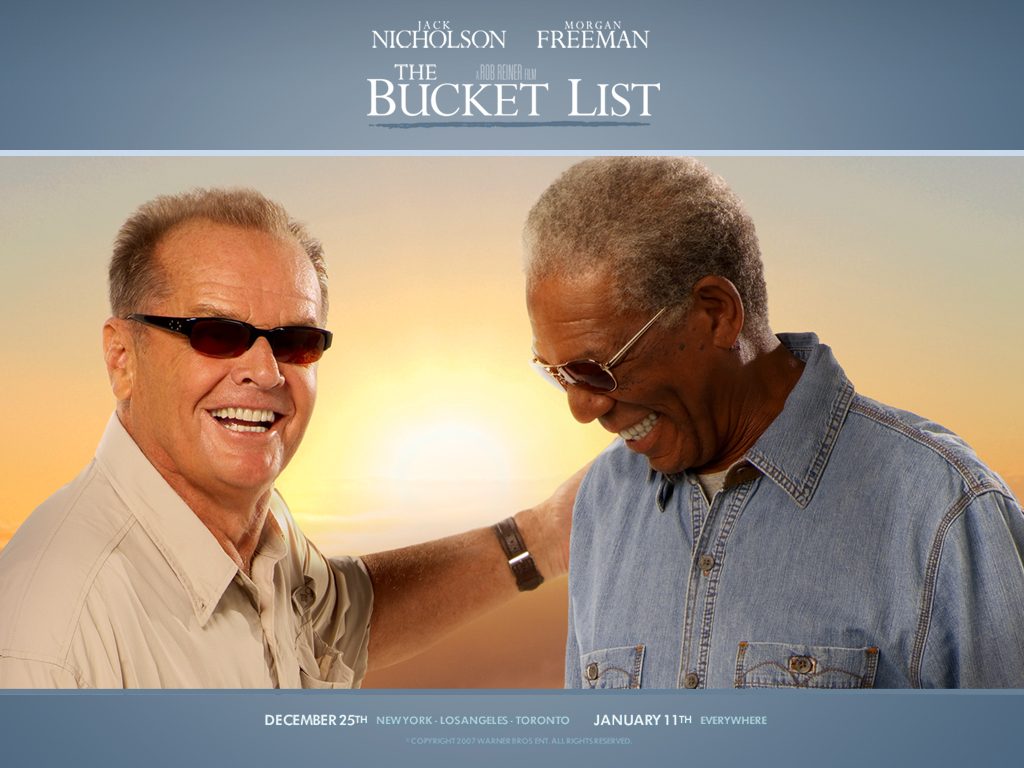 All good things must come to an end and so it did, I became desk bound in a couple of roles, based myself in Cambridge and a few years ticked by with some weekend trips to Europe, and the odd week long holiday but it left we with an urge to do more. Come 2014 I took a leap of faith and moved to London. It was always something I wanted to do before I was thirty and time was running out. It reignited the travel bug as being so close to the major airports I couldn’t resist the cheap flight opportunities and London is the perfect base to see Europe. It really is very cheap and easy to nip off for weekends away with the help of budget airlines.

Towards the end of 2014, I decided that 4 weeks of holiday wasn’t enough every year, and so booked in an overland tour of South America starting late 2015. This was a big leap, possessions in storage, quit my job and off I went – 6 months to see a continent on a big yellow Tucan Travel Overland truck called Rosita. You can read more about this trip in the South America pages and if that inspires you, head on over to the website for more Overland Inspiration. 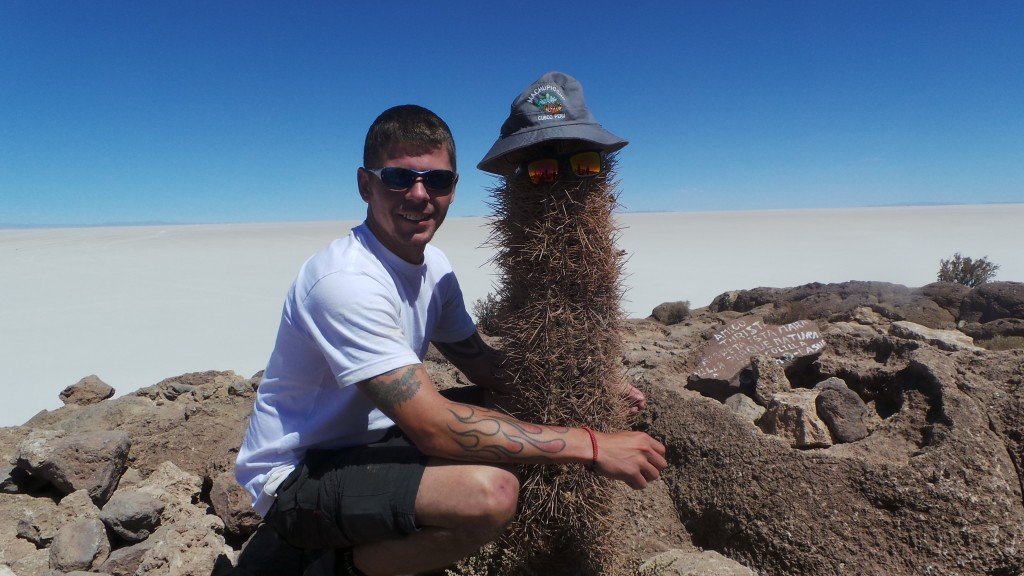 Cactus Island In The Middle Of Uyuni Salt Flats, Bolivia

In May 2016 I returned to the UK and back to London, but this did not satisfy the appetite and so i made more overlanding plans! Africa. The lure of getting off the beaten path was too much and so i signed up to overland Africa with Oasis Overland. Again a big yellow truck!

This was broken down into 2 parts, Gibraltar to Cape Town, and Cape Town to Cairo. The first part of this journey was absolutely incredible, raw, beautiful Africa from November 2018 to May 2019.

Following this and a spell in the UK, India, and Spain to get a skydive licence, part 2 kicked off. I saw so much wildlife, nature and truly remarkable sites on this journey between June and November 2019.

Following a brief spell in the UK I embarked on a Central American adventure on 31st December, and spent 2 months heading south, eventually ending the trip in Colombia, another magical country!

“Life Is Either A Daring Adventure Or Nothing.”

ABOUT PASS THE PASSPORT

I started the site as I’ve had a bucket list since around 2008 and its been steadily manifesting itself as I research more and explore more. The original list started off with just a few things on a scrap of paper.

For me the reason for writing it down initially was that I am a typical forgetful bloke, and when I saw an article on incredible adventures, or fascinating places to see i would think WOW, I want to do that but then quickly forget about it.. so I wrote it down in a geeky spreadsheet.

Since then as you can see from the bucket list page its grown quite considerably. Some things are personal, some are outrageous, and some are just dreams, but I firmly believe in the below quote.

“The size of your dreams must always exceed your current capacity to achieve them. If your dreams do not scare you, they are not big enough.” 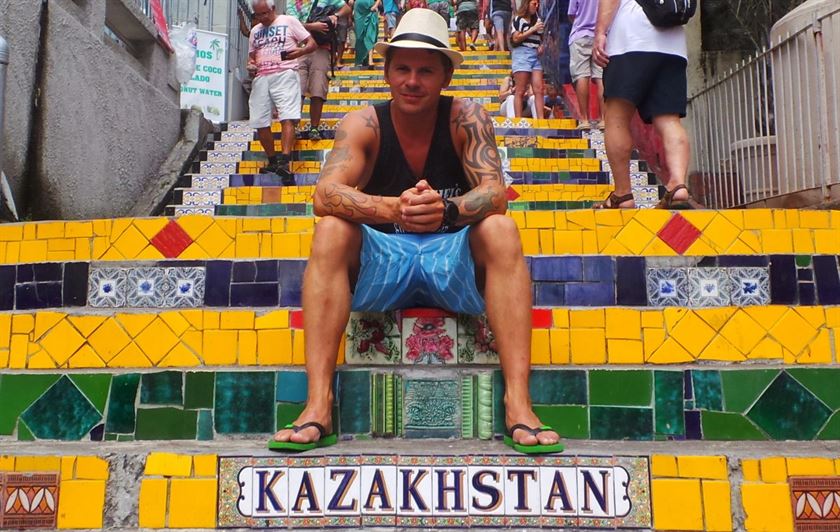 The intention of this site is to be inspiring and a useful resource for lovers of travel, adventures and living life to the fullest. I don’t want to be that person looking back on life saying what if. I am happy to try, and not afraid to fail, whats the worst that can happen?

I strongly feel everyone should have a bucket list, write it down, look at it regularly and check things off. Monthly goals, yearly goals, lifetime goals, it is your list, and can be whatever you want it to be.

Everybody’s list is different, and so it should be, so whether you are new to the idea of a bucket list and looking for ideas and inspiration, or have been keeping one for years, check out the inspiration pages or if you have ideas let me know, I am always happy to hear your thoughts and dreams.

“Twenty years from now you will be more disappointed by the things you didn’t do than by the ones you did do. So throw off the bowlines, sail away from the safe harbor. Catch the trade winds in your sails. Explore. Dream. Discover.” 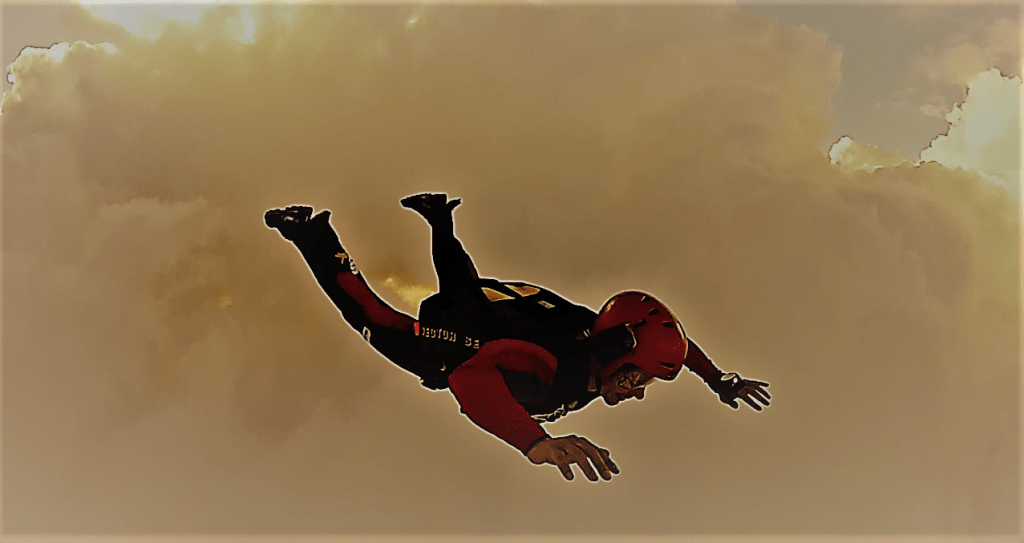 If you have any questions, please get in touch, I would be very happy to hear from you.