Tunisia is located in the Maghreb region of North Africa. Its Cape Angela is African northernmost point. The capital is Tunis.

The city of Carthage was owned by the Romans in 146 BC.  There was a war with the Berbers Arabs as they tried to snatch the country from the Romans. Later on, in 1883, Tunisia became a French protectorate until it received its independence.

The country gained independence in 1956 with Habib Bourguiba as the prime minister. In 1957, the kingdom was resolved and the country became a republic.  Kais Saied took over the presidency since 23rd October 2019 after the death of President Beji Essebei. 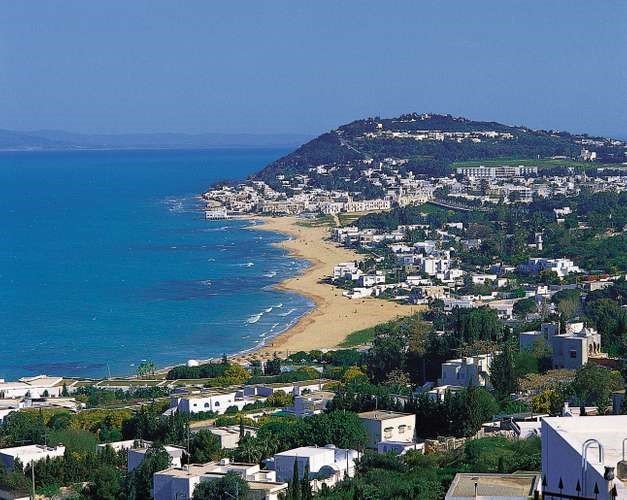 Beach at Al-Marsā, on the Gulf of Tunis, northeastern Tunisia

The most popular sport in the country is football followed by handball, basketball, volleyball and tennis.

It has a hot-summer climate at the north, with winters of moderate rain and hot and dry summers. The best time to visit the country is during spring from March to June or autumn from September to October. The major cereal crops grown are wheat and barley. Olives, dates are also common in the country. The major export products are clothing, textiles, and semi-finished goods. 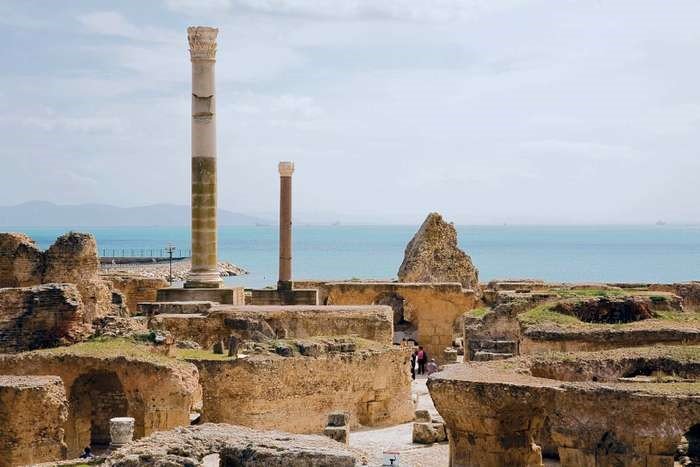 Tunisia is bordered on the west and southwest by Algeria, on the southeast by Libya and the north and east by the Mediterranean Sea. It also shares a maritime border with Italy.