Seychelles is an island in the western Indian Ocean having approximately 115 islands. The capital city is Victoria located on the archipelago’s main island, Mahe Island. It is the only port city of the island. The Seychelles National Botanical Gardens displays the indigenous palms and orchids, giant Aldabra tortoises and fruit bats. Victoria is the home for the imposing La Domas built as a residence for the Catholic missionaries.

It also has the mountain rainforests of Morne Seychellois National Park which is the highest point in the region.

French settled on the island in 1768; where they practised agriculture using slaves. British then took over in 1794 controlling it from Mauritius until 1903.

The Island gained independence in 1976 and was administered as a federation with James Mancham as the president and France Rene as the prime minister until 1977 when Rene became the president. Rene stepped down in 2004 and was succeeded by James Michel who officially won the elections in 2006.  He was later succeeded by Danny Faure, who won the presidential elections on 16th October 2016. 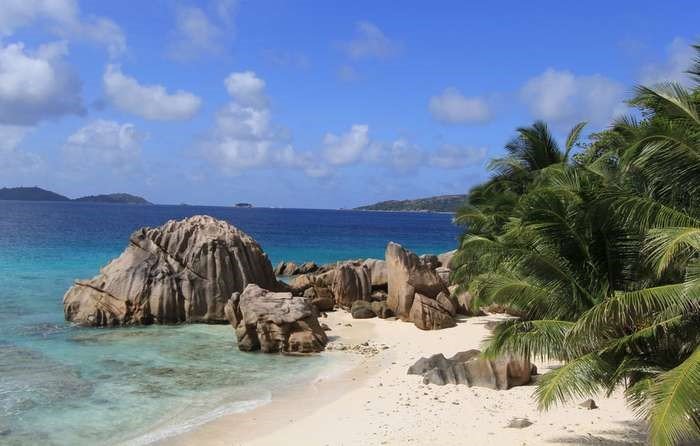 The country has become a famous honeymoon station because of its beautiful deep blue waters and white sandy beaches with striking sea life. The best times to visit there are April, May, October and November.

The official languages are Seychellois Creole, English and French.

Seychelles has a tropical climate; it is warm and humid influenced by its marine location. The main crops grown are coconuts, cinnamon, vanilla, cassava, bananas, vegetables and fruits.

The capital city of Seychelles, Victoria, lies about 1,500km east of Kenya and about 1,100km northeast of Madagascar. Ther neighbouring islands and countries are Comoros, Mayotte, Mauritius on the south, Maldives and Chagos Island on the east.