Liberia is located at the coastal part of western Africa. It was the first African republic to proclaim its independence and become a republic.

Liberia gained independence on 26th July 1847 and the following year Joseph Jenkins Roberts became the first elected president of the country. Liberia declared war on Germany and grabbed all their property on the land on 4th August 1917 giving the affiliates a station in West Africa.

The country is known for rubber production. Firestone Tyre and Rubber Company established a rubber plantation in the country in 1926, which has become a major contribution to the country’s economy.

The government terminated the slave trade in 1936. Then William Tubman was elected as the president in 1936. President William Tolbert was exiled and publicly killed in 1980 by a coup led by Sergeant Samuel Doe. From 1989 to 2003, there was a civil war where many were killed and rape cases by soldiers were rampant.

Ellen Johnson Sirleaf was elected as 24th Liberian president who served from 2006 to 2018, after which George Weah, who was once a footballer, was elected president. 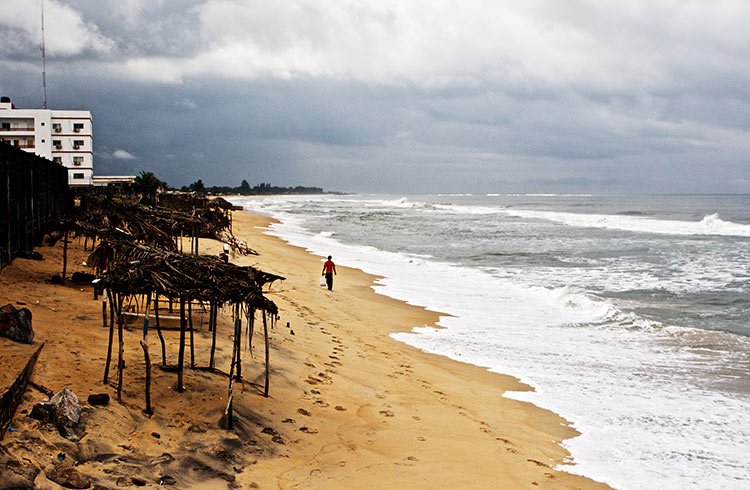 Between 2014 and 201, the country was hit by an Ebola outbreak, which spread to other parts of Africa.

The most popular sport is football. The country has qualified twice in Africa Cup of Nations.

Majority of Liberians rely on agriculture.

The national dish is couscous which has stewed beef, sweet potatoes, carrots and garbanzo beans with spicy tomato sauce.

Liberia is bordered to the northwest by Sierra Leone, to the north by Guinea, to the east by Cote d’Ivoire and to the south and west by Atlantic Ocean.