Lesotho is a landlocked country in South Africa. It has rivers, narrow valleys and mountains that surround it separating it from South Africa. The largest city which is also the capital city is Maseru.

It is a former British protectorate. The country gained independence in 1966 with Moshoeshoe II as king and Chief Leabua Jonathan as prime minister. The king was succeeded by his son King Letsie III in 1996 after his death in 1990.

The kingdom has no legislative or executive powers.

The country launched the Lesotho Highlands Water Project in 2004 which it partnered with South Africa to provide it with water and a source of hydropower. 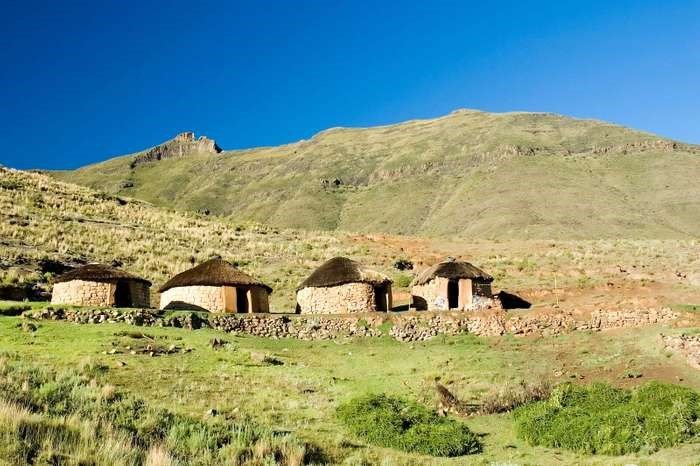 The ethnic groups include Basotho, Europeans and Asians.

The official languages are Sesotho and English.

The predominant religion in the country is Christianity.

The popular sports are football, Judo, boxing and long-distance running.

The country’s economy is based on agriculture. The main exports are textiles and diamonds.

The national dish is Pap-pap which is made from cornmeal.

Lesotho is wholly surrounded by South Africa but separated from it by unapproachable mountain ranges.  It has an enclave within South Africa, bordering KwaZulu Natal, Free State and Eastern Cape provinces.