Eritrea is located in the Horn of Africa at the Red Sea. Its ports were once used to acquire gold, coffee and slaves that were sold by the Ethiopian traders.

The country is bordered by Djibouti to the southeast, Ethiopia to the south and Sudan to the west. Its coastline is 600 miles from Cape Kasar in the north to Strait of Mandeb (which separates the Red Sea from the Gulf of Aden) in the south. 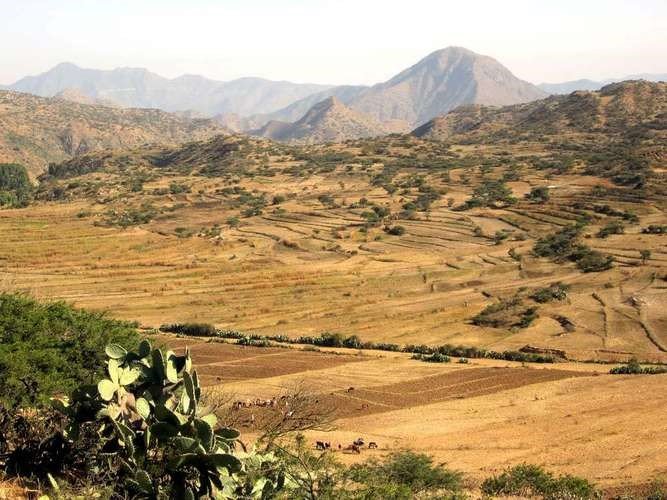 View from the road between Asmara and Dek’emhāre,

An Italian colony between 1889-1941, after that, the British forces took over. In 11th September 1952, it joined the federation of Ethiopia. However, on September 30th the same year, Emperor Haile Selassie gave a notice that the court of Ethiopia would be the court of appeal of Eritrea. Eritrea condemned the act as an interference of their affairs causing the Chief Executive, Ato Telda Bairu, to resign.

The Emperor then appointed Idris Mohammed Adem as president of Eritrean Assembly and Ato Tedla Bailu as Chief Executive. In 1962, it was fully seized by Ethiopia causing the Eritreans to start the independence movement. With the assistance of Ethiopian rebels, Eritrean People’s Liberation Front won the war of independence in 1991 and it gained independence from Ethiopia in 1993. A democratic constitution was formulated in 1997 but it was never implemented. In 1998-2000, Eritrea and Ethiopia got into a border war, which ended in 2018 and the UN lifted sanctions.

President Isaias Afwerki has been Eritrea’s president since independence. His People’s Front for Democracy and Justice is the only political party in the country.

The dominant religions in the country are Christianity and Islam.

The national dish is Zigini, which is a spicy meat stew.

The official languages in are Tigrinya, Tigre and Standard Arabic.