Djibouti is situated at the northeast coast of Horn of Africa. It lies straight on Bab el-Mandeb and is the gateway to Suez Canal.

It is one of the busiest shipping routes in the world. Its port is the backbone of its economy, providing income and employment in the country. The country hosts the only permanent US military base in Africa, Camp Lemonnier. China’s first overseas military base and Japan’s first military base since the 2nd world war are in Djibouti. It also serves as Ethiopia’s trade gateway due to its landlocked location. 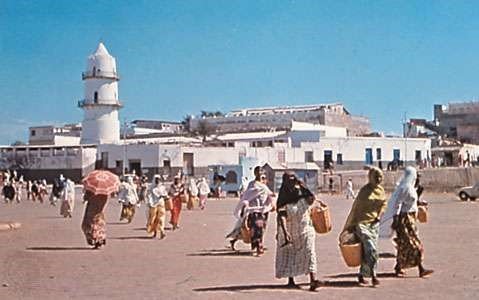 Somali and Afar ethnic groups were the first Africans to embrace the Islam religion. In 1862, France arrived at the region and acquired the Obock trading port. The French then established Somaliland colony in 1888. In 1894, Djibouti became the capital of French Somaliland.

The French established an overseas territory here in 1946. A referendum was conducted in 1967 where French Somaliland voted to remain a French overseas territory and was called French territory of the Afars and Issas. The land gained independence from France in 27th June 1977, when it was renamed Djibouti.

President Ismail Omar Guelleh was elected in 1999 elections and succeeded Hassan Gouled Aptidon who had been in power since independence. A civil war broke between 1991-2000, which ended after Afar rebels and the Somali Issa government agreed to be sharing power. The first free multi-party presidential election was conducted in 2003. In 2010, the constitution was amended that allowed President Omar Guelleh to vie for the third term.

The official languages are French and Arabic and the official religion in the country is Islam. Major ethnic groups are Somali (Issa clan) and Afar who are Cushitic.

The national dish is Skudahkharis which is made up of rice, lamb and spices like cardamom.

It borders with Eritrea to the north, Ethiopia to the west and southwest and Somali to the South.