Chad is a landlocked country in north-central Africa. Its capital city is N’Djamena, previously called Fort Lamy, which is 1000 miles by road from coast ports of western Africa.

Though it is the fifth largest country in Africa, the northern part of the country is covered by the Sahara desert. 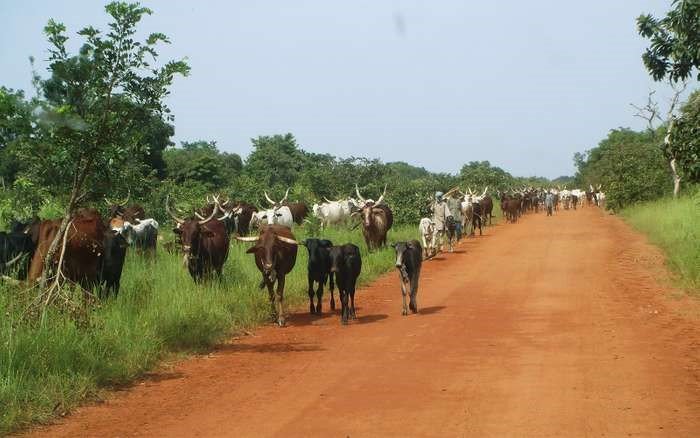 Cattle along a road in the countryside.

Subsistence agriculture is the backbone of the majority of the population. The people there keep cattle and also plant cotton in the south for export. People living at Lake Chad take part in fishing. Subsistence crops planted are grains, oilseeds, tubers, and vegetables. Major staples in the local diet majorly contain millet and sorghum.

Chad was a French colony in the early 1900s before gaining independence in 1960, with the first president being Francois Tombalbaye.

In 1963, political parties were banned triggering Muslim opposition in the north. The opposition was led by the Frolinat rebel group and it later grew into a guerilla war.

In 1973, French troops suppressed the Muslim insurgency. Then, in 1977, Libya took over Aouzou strip in the north and dispatched troops to support President Goukouni Oueddei.

In 1990, Idriss Deby took over power after toppling President Hissene Habre. In 2011, a presidential election that the opposition avoided made Idriss Deby the winner. Debby was won a fifth term as president in the 2016 polls.

The official language is French and the primary religions are Islam and Christianity.

Chad is bordered to the north by Libya, to the east by Sudan, to the south by the Central African Republic, to the west by Nigeria, Niger, and Cameroon.