Algeria is a North African country, the largest country in Africa, and the world’s 10th largest. The majority of its population is Muslim.

The capital city is Algiers, a busy crowded city on the Mediterranean coast. It is popular for whitewashed buildings of Kasbah, a Medina with tall skyscrapers, steep apartment blocks, Ottoman palaces, and ruined citadel. 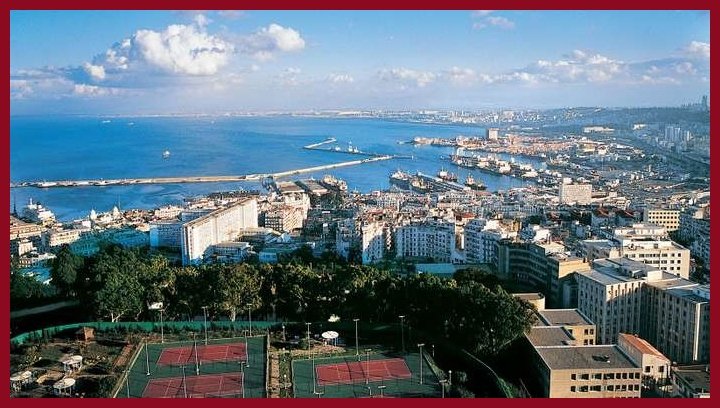 The second-largest city in Algeria is Oran (Above), along the Mediterranean sea coastline close to the border with Morocco. It is not as bustling as Algiers, however, it has become an important music, art, and education centre.

Four-fifth’s of Algeria’s land is covered by the Sahara desert, making the climate quite extreme in most parts. The country is divided into two distinctive regions: the northern region (also known as Tell), which comprises of the Mediterranean coastal plains and the Southern Region, which comprises largely of the Sahara Desert. The two regions are divided by the Atlas mountains

Algeria is known to have rich Arabic, Berber and French cultures. Historically, Algerians have Maghreb culture and customs making them an integral part of the wider Arab world. However, there is also a  Berber (Amazigh) population who live there.

Algeria’s history is dotted by great legacies left by great empires that ruled the land since the time of ancient Rome. As a result, Algeria has some of the oldest historic sites ranging from the ancient Romanian ruins in the seaside of Tipaza, the Ottoman landmarks in Algiers, and the French Neo-Byzantine basilica Notre Dame d’Afrique also located in the Algiers among many others. 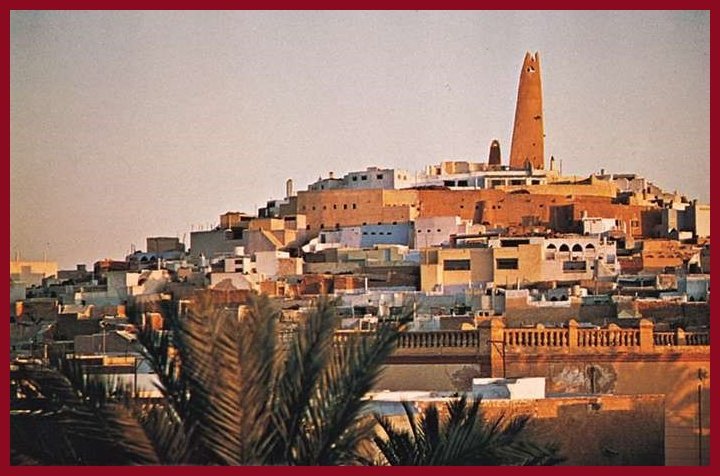 City of Ghardaïa (Above), built around a mosque with a pyramid-style minaret in the M’zab Oasis, north-central Algeria.

Between the 8th and the 16th century, Algeria was under the Ottoman Empire and was ruled by Arab-Amazigh reigns. After the Ottomans empire declined, the country had short independence before being colonised by the French in 1830 by launching a war to conquer it.

By 1847, the French had conquered against the Algerian opposition and made them a department of their own in 1848. During the French reign, Algeria’s agriculture and commercial economy became modernised.

But after a while, the Algerians who had travelled to live and study in France incited others to a political revolution against racial resentment which caused the nationalist movement during the mid 20th century, from 1954 to 1962. Algerians had finally decided to fight for their independence! 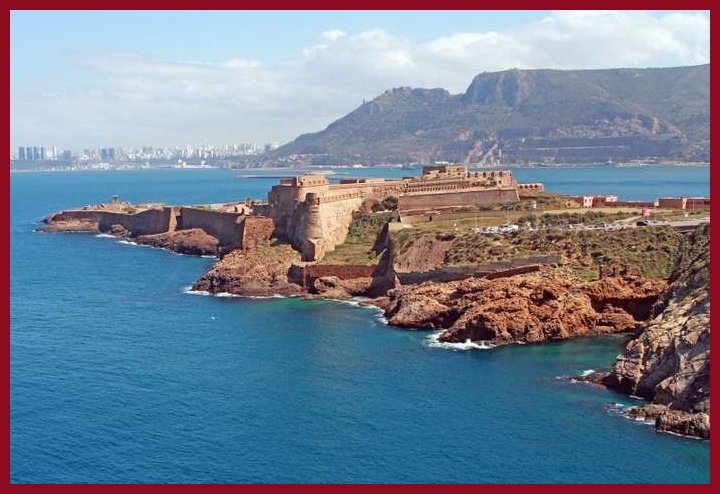 After fierce confrontations with the French colonialists, Algeria finally received its Independe in  1962. After the war, most of the Europeans left Algeria. However, the country maintained French as their national language. They also retained most if not all of the French culture but with a mixture of their native Arabic culture.

After attaining its independence, Algeria’s economy went on to become one of the largest in Africa. Its economy is largely fuelled by oil, natural gasses, and minerals. As of 2018, Algeria’s Gross Domestic Product (GDP) stood at 173.8 billion USD up from US$167.5 billion in 2017.